You are here:Home >>How to Tips

Ever Wonder What is Wi-fi & How it Works? 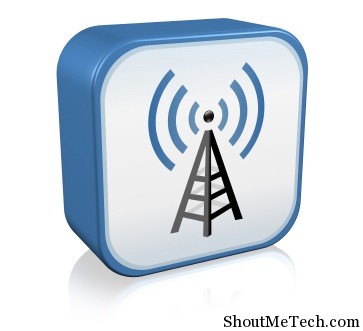 eing a Web2.0 guy, I’m sure all of you are aware of What is Wi-fi and it’s uses. Infact, people who are using broadband connection, most of them must be using a Wi-fi router but very few of us actually knows the working of a Wi-fi and how this technology works.

Wi-Fi has become the new buzzword in connectivity. And why not? Not only does the technology let you break free from wires, but it also allows different users to share an internet connection, also lets you transfer files between devices, wirelessly print documents and more.  Here is all that you wanted to know about Wi-Fi, Wi-Fi standards and security modes.

So what is Wi-Fi?

Wi-Fi or Wireless-LAN (WLAN) is a standard that allows devices to communicate with each other using a Wi-Fi router as the central hub. All devices with Wi-Fi connect to the router via which data exchange takes place. Depending on the router used and the surrounding conditions such as walls, physical obstructions and other wireless networks in the vicinity, Wi-Fi networks can have a range of around 20-25 feet indoors. More on Wiki.

Every wireless network uses radio waves to communicate and transmit data. Devices that use radio waves are tuned to a particular frequency. This allows them to communicate freely with each other, without any kind of interference from another wireless device.

Most gadgets use 2.4Ghz frequency to transmit, which leads to network congestion and interference.  Due to this, newer Wi-Fi routers use the less-crowded 5Ghz frequency band, which provides better transfers when compared to a 2.4Ghz one.

However, higher the frequency of a wireless signal, the shorter its range. So a 2.5Ghz router may cover a larger area that a 5Ghz device. Besides 5Ghz signals do not penetrate solid objects as well as 2.5Ghz signals, thus limiting their reach.

And the most important issue – Wi-fi Security

If left unsecured, your Wi-Fi connection can allow anybody to use your broadband for free even without your knowledge.  A simple and effective way of protecting a Wi-Fi network is by hiding its name, known as SSID (Server Set Identifier) – that is, the router will not show up when somebody seeks a connection. Because if no one can see it, they can’t access it. However this will require you to manually enter the Wi-Fi name every time you connect to it. Though, there are software’s used by Hackers to find the hidden Wi-fi network and we will talk about that aspect of wi-fi security in coming days.

A Wi-Fi router comes with tons of security modes to protect the network, but the most common are the WEP, WPA, WPA2. Of this, WPA2 (Wi-Fi Protected Access 2) is the most advanced, secure and common protocol out there. WPA2 has two modes: PSK or Personal mode and Enterprise mode. The personal mode is meant for home and small office users, where data is encrypted using a 256-bit key and then sent. It allows users to set any password ranging from 8 to 63 characters. If none is specified, the default passowrd [00000000] is automatically used. The WPA2-Enterprise mode has advanced security standards and is not really recommended for home or small office use.

I hope this article will help technology enthusiast people to get closer to one Tech product that they use in every day life. If you have something more to add about Wi-fi technology, I would love to see your comment.

Also, let me know if you have any concern and questions about wi-fi security or it’s standard, I would love to answer that in upcoming article.

Tagged as : How to , Resource